Making big plans and taking them one step at a time

Drs. John and Janet Miles first met in the ’80s when they were working at the same clinic. In 1992, they decided to open their own business together, HearWell Audiology Inc., which they successfully grew over the next 20+ years, eventually expanding to a total of four practices throughout northern California. Then, in 2012, after many years as friends and colleagues, John and Janet took their partnership to the ultimate level: husband and wife. We talked to the couple who have been happily retired since last January, about their decision to sell their business to HearingLife and the role CQ Partners played in helping them make that decision. Because let’s face it, while many of us spend our entire careers fantasizing about retirement, few of us actually have a plan for what to do when we get to that juncture. John and Janet explain the importance of having an exit strategy and walked us through their business journey—from their early growing pains as new practice owners to figuring when and how to sell the small empire they built together.

“We don’t think we would have been able to retire when we did or sell the business for as much as we did, had we not had the CQ team there to bounce ideas off of, inform us about the industry, and help us with our exit strategy.”
Dr. Janet Snyder-Miles, Au.D., Owner 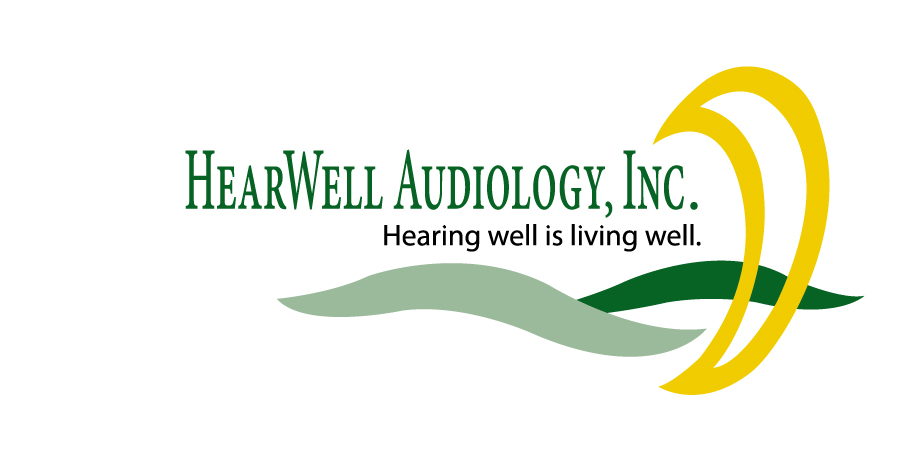 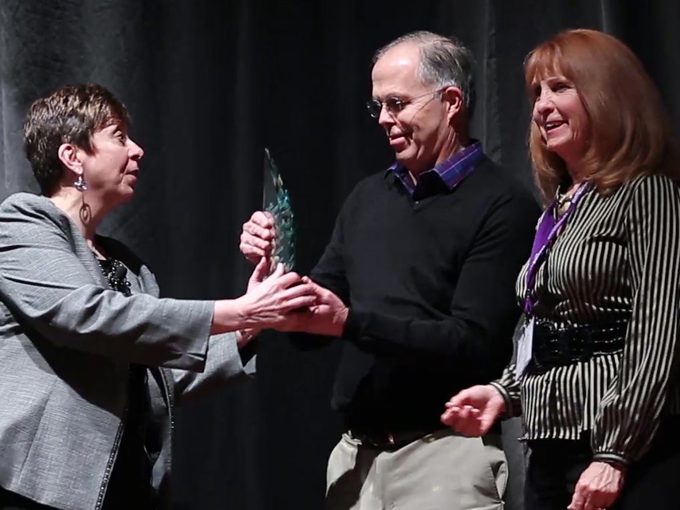 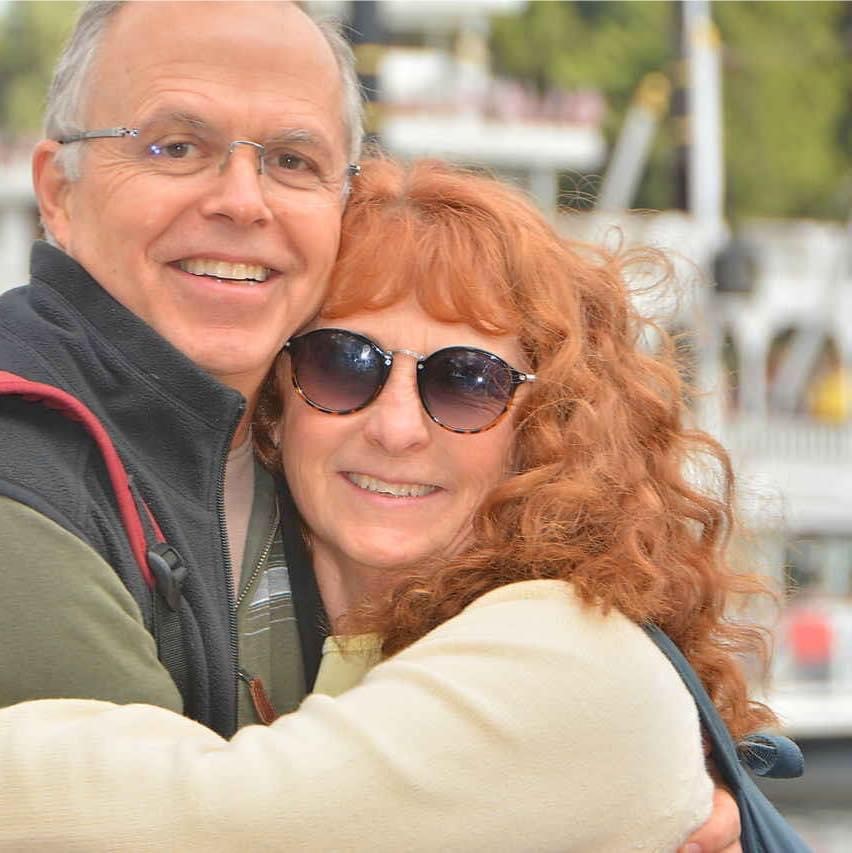 1You joined CQ Partners about seven years after opening your first practice. How did that come about and what made you want to join?
Janet: When were first approached by an Account Manager from CQ, we didn’t actually know what CQ Partners was. She explained all of the things that CQ could do to help us with the business aspect of our practice. I mean, we were good with patients. We knew how to do that. But we had no business experience coming out of school. So, we were flying by the seams of our pants, basically.

John: From the beginning, I was pretty much resistant to everything. I don’t think I necessarily thought we needed CQ at the time. I mean, things were going pretty well. We weren’t thinking of exit strategies or anything like that. So, it was kind of a leap of faith when we signed up.

2So what ultimately convinced you to take that leap?
Janet: It was several things, but two big ones were the financial services and human resources. Also, recruiting and staff training.

John: We didn’t know how to hire or how to train.

Janet: Seeing patients while also trying to come up with a marketing strategy, train our staff, and all of that was quite stressful for us. With CQ Partners it was like, ‘Wow, I can relinquish these aspects of my job and have someone else take those on who has more knowledge about and experience doing these types of things than I do.’ CQ’s recruiters would call and interview job candidates for us and the marketing department would create and print marketing pieces for us.

3What were some of the biggest challenges you faced early on?
John: We struggled with trying to keep people on board with a vision.

Janet: There was one point when we had to let go of almost everybody in our office. We were moving in a new direction and trying to do All The Right Things—making outbound calls, answering the phones a different way, block scheduling. But our staff hadn’t been accountable for any of that before and they became very resistant. It was an ugly time. But when those employees left, even though we were working with the minimal staff, it was like a big load had been lifted off our shoulders. That’s when our business started to go in the right direction.

John: What really helped us were the Owners Meetings. When we started going to those, that was a big turning point.
4Tell us more about why the Owners Meetings were so important.
John: One thing I think was really valuable was that we’d get an overview of what’s happening in the industry, what certain companies were doing, or if there were takeovers and how that might affect the market. I think that helped us get a better, wider perspective of where our business was at and where it needed to go.

Janet: Everybody was there to learn from each other and help each other. We felt like we could talk about whatever was going on in our office. It’s not like we could go to our competitors and say, ‘Hey, what are you doing, and how’s it going for you?’ And because we met quarterly, it gave us the impetus to continue doing what we needed to do to keep the business on track.

John: It was a great bonding experience. The people in our group became friends. Those meetings created an environment where we could connect and be vulnerable. We would end up sharing our weaknesses. That’s not easy to do. There was also a different type of comfort knowing you were supported not only by your Account Manager but by your peers.

Janet: One piece of advice I would give practices that have more than one owner or manager is that you both go to CQ’s meetings. Because what we found is that if I went, but he didn’t go, he’d come back all fired up about something and I couldn’t buy into it or vice versa. If you both go, then you both hear the information. And boy, then it’s like, ‘Oh yeah! We’re doing this!’
5So tell us about the decision to retire and sell your business and how CQ Partners helped with that.
Janet: As time went by and many of us in our owner group got closer to retirement age, we started talking more about exit strategies—what that looked like, what companies were buying practices, what we could expect, how to evaluate how much they would pay at that time. Part of an exit strategy is just making sure that your business is a business somebody wanted to buy. CQ knew all the things we needed to do to make the business as good as possible. Without that information, we probably would have waited another few years.
6What should practice owners who are thinking about retiring soon know about having an exit strategy?
John: It’s a process. Once you have an exit strategy in place, you have to straighten things out in the office to make it more valuable—following All the Right Things, making sure the staff is trained, going to the meetings, all the things you’ve been doing except now there’s a carrot at the end and that carrot is retirement.

Janet: One thing we didn’t realize is that, when you sell, sometimes buyers require you to stay for a certain length of time. I don’t know if that’s changed since, but we were required to stay for three years after we sold.
7Looking back now, do you think CQ helped make you better business owners and leaders?
John: Are you kidding? We were like a blank sheet of paper! [Laughs] So yes, absolutely. We became pretty business savvy and good leaders over the 20 years. We never dreamed about expansion but ended up with four offices.

Janet: The Account Managers we had over the years were always there to help us if we had questions or needed to know what was going on in the industry. CQ Partners has its ears to the ground. They know what’s going on before practices do.

John: It wasn’t just the Account Manager—it was the whole team. Even the higher-ups at CQ were really involved at times when we needed it.
8What would you say to a practice owner who’s on the fence about joining CQ Partners?
Janet: See what they have to offer and find out what you can learn from them. I think it’s well worth it to at least explore. We’ve never felt like it wasn’t worth it.

John: Give it a try. What have you got to lose? We came from nothing, folks. So, if we can be successful, you can too. We’re totally grateful for the experience we had with CQ. It helped us get where we’re at.

Janet: I’m going to steal a little bit of John’s thunder here, but we’re so grateful that we joined CQ Partners. We don’t think we would have been able to retire when we did or sell the business for as much as we did, had we not had the CQ team there to bounce ideas off of, inform us about the industry, and help us with our exit strategy.

John: I agree. I don’t have one thing to add to that.

The amount of support that I get from my Marketing Account Executive, Vikki Edmond, and the CQ Design Team is incredible. It’s something that would normally cost thousands of dollars. 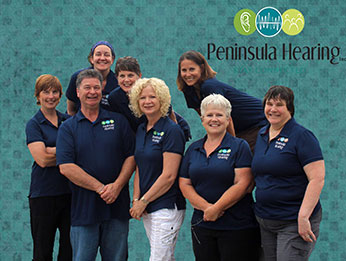 Peninsula Hearing The goals and expectations you set for your practice can change from year to year... member spotlight → 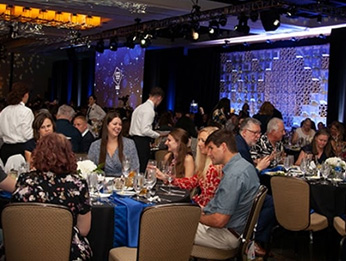 Reflecting on Reconnect ’22: What it Really Meant to “Reconnect” Just two short weeks ago we hosted our first large event since... blog → 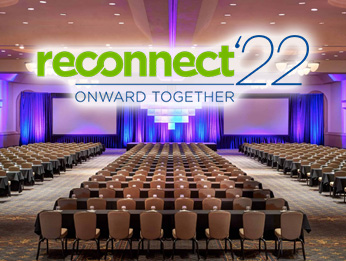 How to Make the Most Out of Your Reconnect ’22 Experience People are asking the question: how can each attendee get the most out of the event? blog →